Here are three Krainiy Sever tomatoes, recently picked. They are juicy and fairly dense. I placed them together with a quarter for scale. When I read catalogs and see “this plant produces 1 oz. tomatoes in abundance” I always wonder that that looks like.

Having grown tomatoes for at least 20 years, I can tell you their is a wide variance in the weight of tomatoes. It depends on how dense, how juicy, what the seed cavities look like, etc.

The Krainiy Sever is one of the dwarf series that I sold this year.They are a pretty standard tomato, not especially packed with flesh like a paste tomato or hollow like stuffer tomato.

The biggest tomato I’ve ever grown was a Rose. It weighed over 3 pounds! This variety is very juicy and solid.

A nice resource for detemining what your plant is suffering from, excluding bugs or diseases. Courtesy of the Quiet Corner

Also known as Superbissima Grandiflora. In fact that is the only name I had for them for the longest time. After doing some research, I found out they used to be called California Giants and are an heirloom petunia from way back. They are no longer commercially grown, at least I’ve never seen them at the big box stores or local nurseries.

They are huge, sometimes reaching 5″ across! In colors of dark purple and lighter pink, they have fantastic, contrasting veining in their centers. 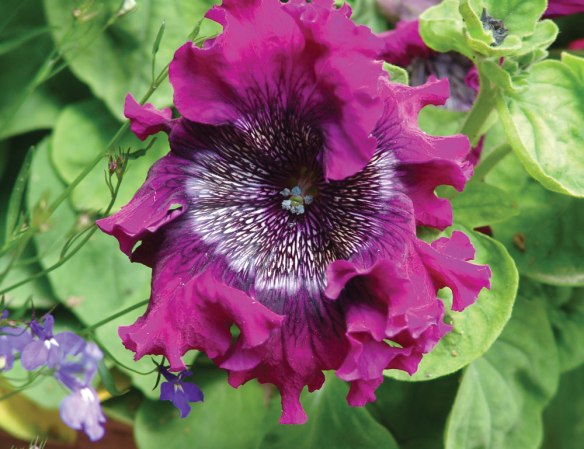 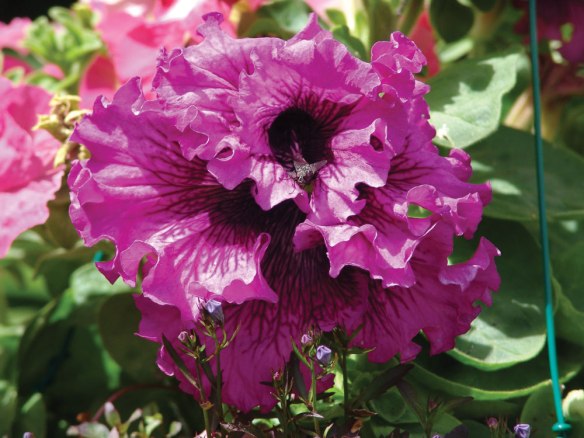 Dark green foliage, rounded leaves and thick stems compete the plant. Usually when a plant is not carried commercially in the petunia world, it’s because it doesn’t live up to the weather or produce reliably. I have not found this with this petunia. It hangs from a basket nicely, is a pleasure to deadhead, lasat for a long time and produces lots of blooms. I use it with other flowers to fill a pot. Because it is so stocky it holds up well to the weather in my garden.

This is my favorite petunia! If you would like to come by and see it in my garden and the different ways I use it give me a call. I’ve had people come by and are stunned and perplexed when they see it. They don’t know what it is! You can buy them from me next spring as I will always grow it.