This morning we went to Pike’s Peak. That vast gray thing in the background. I was absolutely incredulous that we could drive all the way to the top. But we did. We drove up and up and up…you get the picture. I was ok until we left the treeline (I guess the trees made me feel like they would cushion our fall if we rolled off the edge, however erroneous the thought may be.) Then the road got narrower and the shoulders, if you could call them that, even narrower! 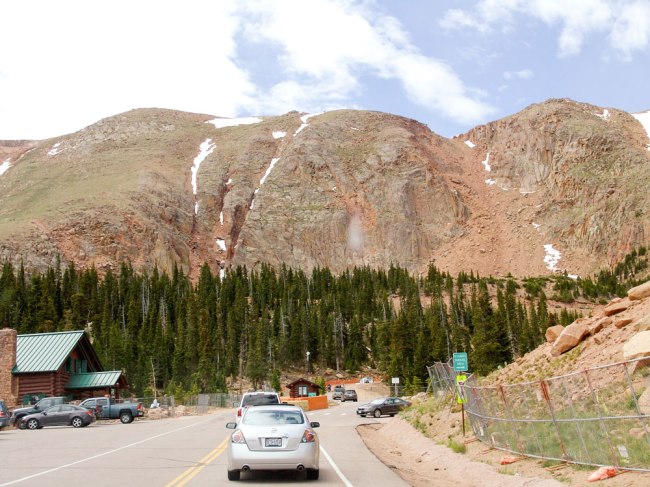 We switch backed the rest ot the way until we reached the top. The views were amazing. My vertigo kicked in in a big way and there were times when I had to face the side away from the cliff. The day was clear and beautiful when we started out. The grather up we went the colder it got and there a stiff wind blowing. Good thing my brother told me to bring a jacket.

The views were amazing 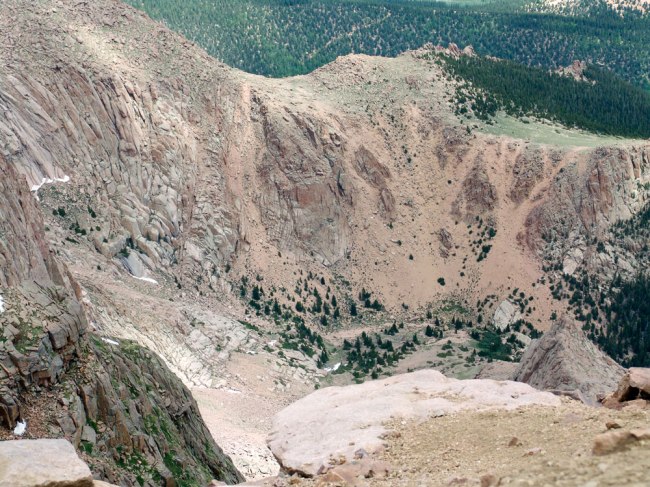 It is a long way down there. This picture doesn’t do it justice. 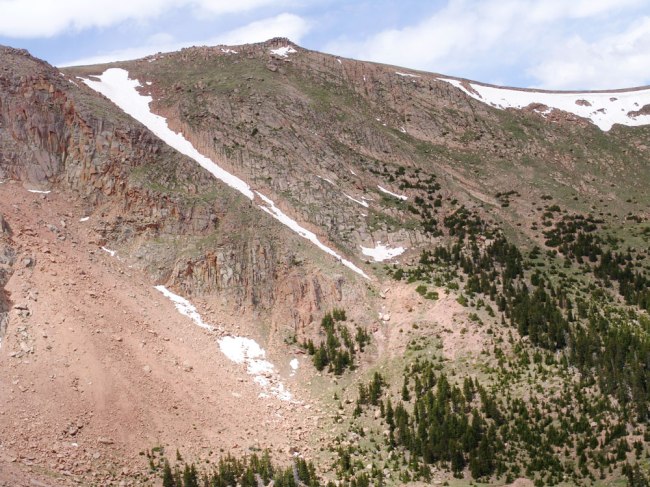 You could see forever. 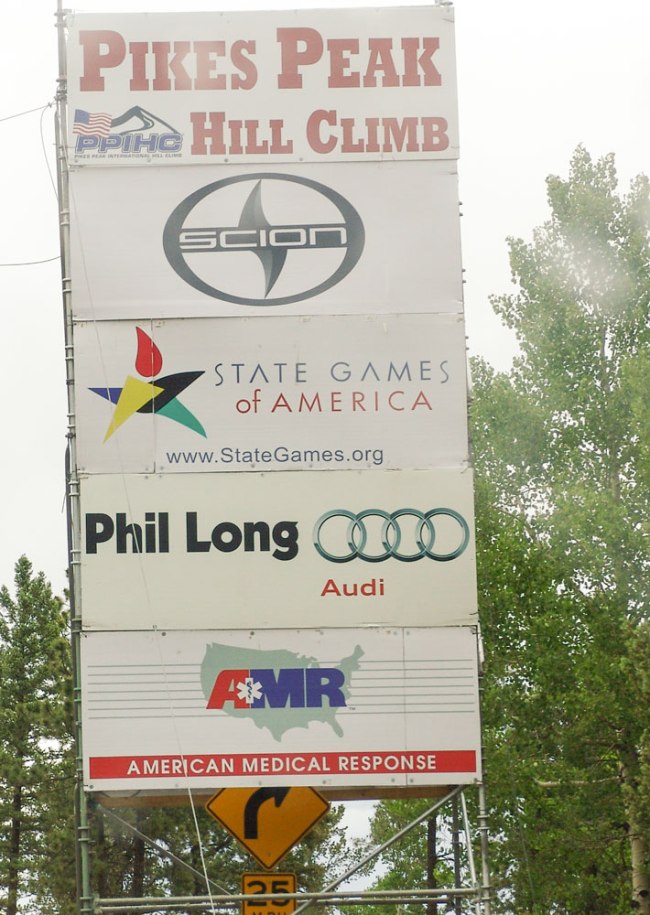 The next day, this race was being run…in cars…up the mountain,,,and then back down. I was told that the shortest time was 10 minutes and 1 second. I wonder how many cars have gone off the edge? After having taken the trip, I think these guys must be crazy. It is so steep that the rangers have a mandatory brake check half way down. Your brakes can’t be hotter than  300 degrees. and they tell you to gear down.

Here I am at the top of what felt like, the world. 14,400 feet. The clouds were rolling in and there were patches of showers all around us. While at the top, I indulged in the Pike Peak donut. They are an example of high altitude cooking, the only donut made at over 14,000 feet. They don’t use yeast (at least that was what I was told) in them and they were warm and tasty. 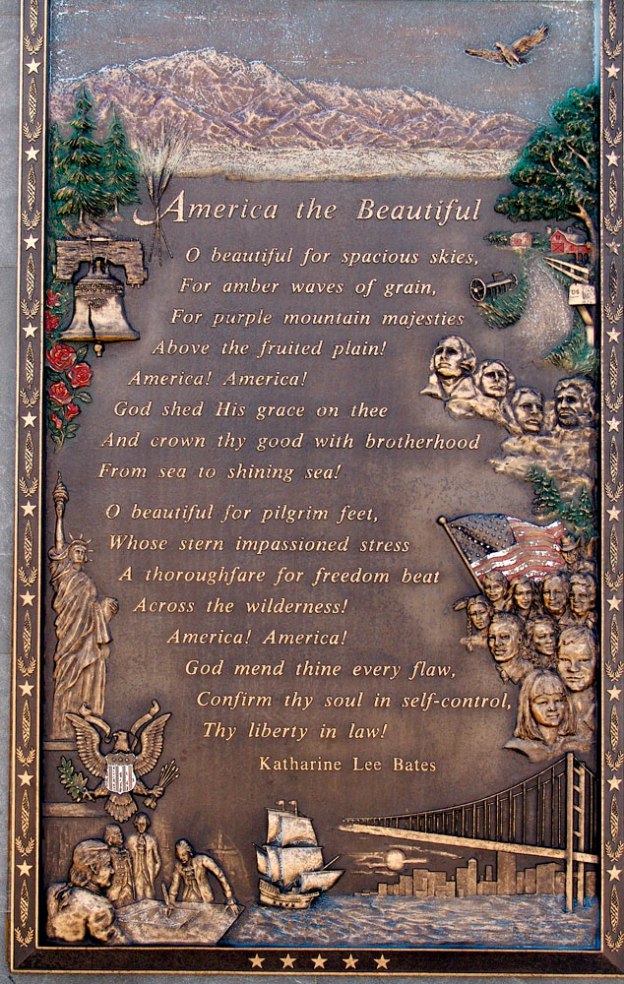 This is a plaque at the top that shows the lyrics for “America the Beautiful” It was written by Katharine Lee Bates after a trip to Pike’s Peak inspired her deeply. The neat thing was, there were a group of people standing in front of this singing it. I love our country.

This is a view of part of the switchbacks that I captured on the way down. It started to snow on us for a short while.

Some alpine flowers I stopped to take pictures of. Very pretty. It amazes me how plants can adapt to extreme climates. These plants were no more than 3 inches tall.

Sasquatch really does live! I didn’t realize he was so svelte! Must have stopped noshing on the tourists!

Last but not least, let me introduce Dayne and Pancho. He is a park ranger and his mini donkey sidekick. Both of them dress in costume and entertain the public. We saw them at the Crystal Reservoir stop.

Tomorrow I will show you the Air force Academy which we saw in the late afternoon.