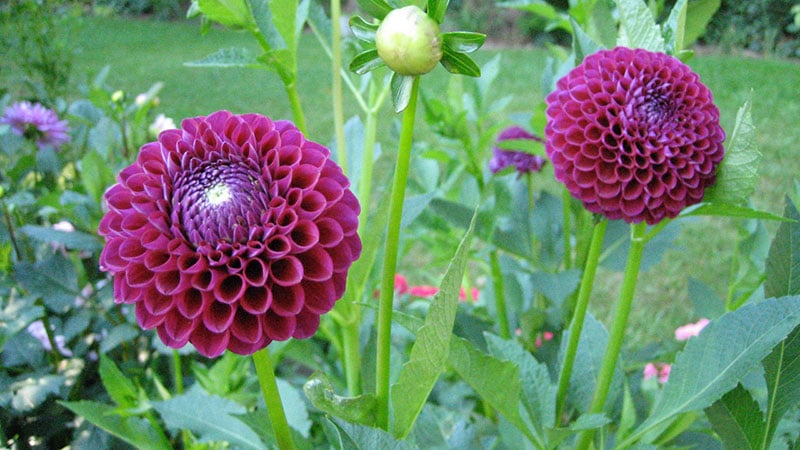 Those of us who save our dahlias have probably encountered this problem. I know I have. Here is the answer to that question courtesy of Garden Making. I believe they are out of Canada so they use celsius temperature which is easily convertable.

What to do when stored dahlia tubers sprout early? By Garden Making

Question: Michael in Niagara-on-the-Lake, Ontario, asks:
Dahlia tubers that were stored in peat moss in the basement have started to send up shoots. They’re  in the coldest part of the basement, but it is 14 to 16°C in the room with about 35% humidity. Should the sprouts be trimmed off? Left alone?

Answer: Nick Vanderheide of Creekside Growers in Delhi, Ontario, says:
The issue at hand is really the storage conditions. Dahlias will sprout under warm, damp conditions, and anything above 10° C is considered warm. The humidity level of the room may very well be 35%, but do you know what the humidity is in the peat moss? You want to maintain a decent amount of moisture in the tubers (not the media it’s stored in) so at 35% room humidity, it is a good thing to put them in peat moss to prevent them from drying out.Heat is the big deciding factor in sprouting. Spring soil temperature is usually around 12 to 16°C when we plant and that causes the tubers to sprout, so if they are in a room at that temperature they will definitely start growing.

In the Netherlands, this sprouting is actually how new, true-to-type, dahlias are produced. The tubers are forced indoors to produce little shoots which are then cut off, rooted and grown as plugs to then plant in the field for the summer where they will produce a new tuber that can be harvested in the fall.The shoots on your tubers can be trimmed or not; they will not affect the viability of the tuber come spring time.

One thing to consider, though, is that the tuber is simply a storage organ for the energy it needs to grow come spring time, so if your tubers continue to try to grow, they are using up energy that they need in the spring to become a big, healthy plant.I would strongly suggest getting those dahlias into a colder area to slow down that sprouting. And then stop worrying—spring is only a few short months away!

Source: What to do when dahlia tubers sprout early?