In 2008, on a dig in the First Nation’s Menominee Reservation in Wisconsin, archaeologists made a small but stunning discovery: a tiny clay pot.

Though it might not have seemed very impressive at first glimpse, this little piece of pottery was determined to be about 800 years old.

And inside that pot? Something that changes how we’re looking at extinction, preservation, and food storage, as well as how humans have influenced the planet in their time on it.

It’s amazing to think that a little clay pot buried in the ground 800 years ago would still be relevant today, but it’s true! It’s actually brought an extinct species of squash that was presumed to be lost forever. Thank our Indigenous Ancestors! Even they knew what preservation meant. They knew the importance of the future, Is it not amazing that they are affecting our walks of life even to this day?

Here it is! The pot was unearthed on the Menominee Reservation in Wisconsin, where it had laid buried for the past 800 years.

Inside, archaeologists found a stash of seeds. The seeds were probably buried in the pot as a method of storing food supplies. They were determined to be an old, now-extinct species of squash.

Now, seven years after making this stunning discovery, students in Winnipeg decided to plant the 800-year-old seeds… To everyone’s amazement, something grew! 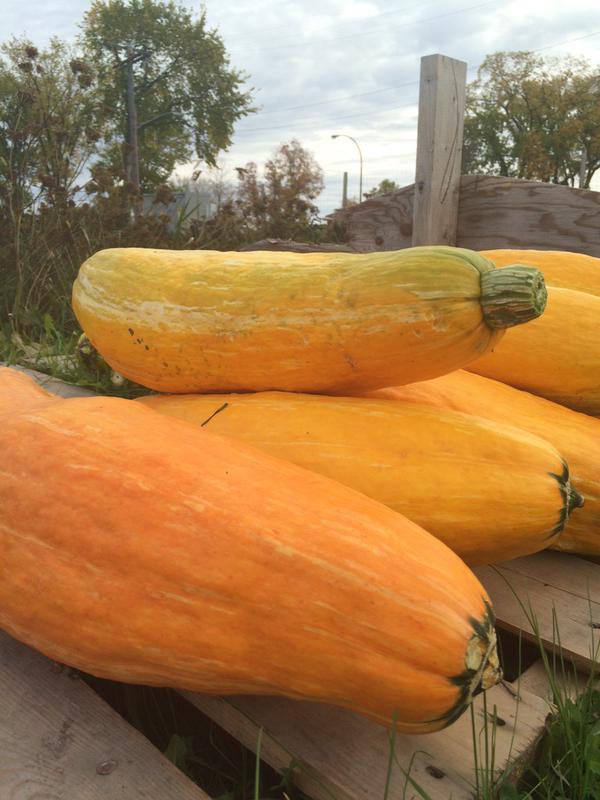 The squash was named Gete-okosomin. It means “Big Old Squash” in the Menominee language. (Respect to the Science people for respecting the Indigenous people who’s land this was found on, We See Your Good Nature!)

Now, they’re working to cultivate the squash so that it doesn’t go extinct ..again.

It may be just a humble squash, but it’s also a symbol of First Nations’ community and history, as well as a fascinating look into how amazing plants can be.

It just goes to show you that plants can be pretty incredible.. and that sometimes, history has a funny way of coming back around. The Wheel of Life really stands out in this instance of history. Our Indigenous roots are strong and very much tied to the land. I was taught once that the people of Turtle Island were keepers of the land, not owners. I feel like this Squash is proof of that teaching.

If you love history, science, or you’re just curious about what this would taste like in soup, please SHARE!

For me personally, I find that evolution is just one big circle that keeps spinning and altering its path. Like the medicine wheel, which symbolizes the never ending circle of life.

Source: Archaeologists Dig Up An 800-Year-Old Native American Pot. What They Found Inside Is Changing History | Dustin McGladrey | Blogs | On Air | CFWE

5 thoughts on “Archaeologists Dig Up An 800-Year-Old Native American Pot. What They Found Inside Is Changing History | Dustin McGladrey | Blogs | On Air | CFWE”